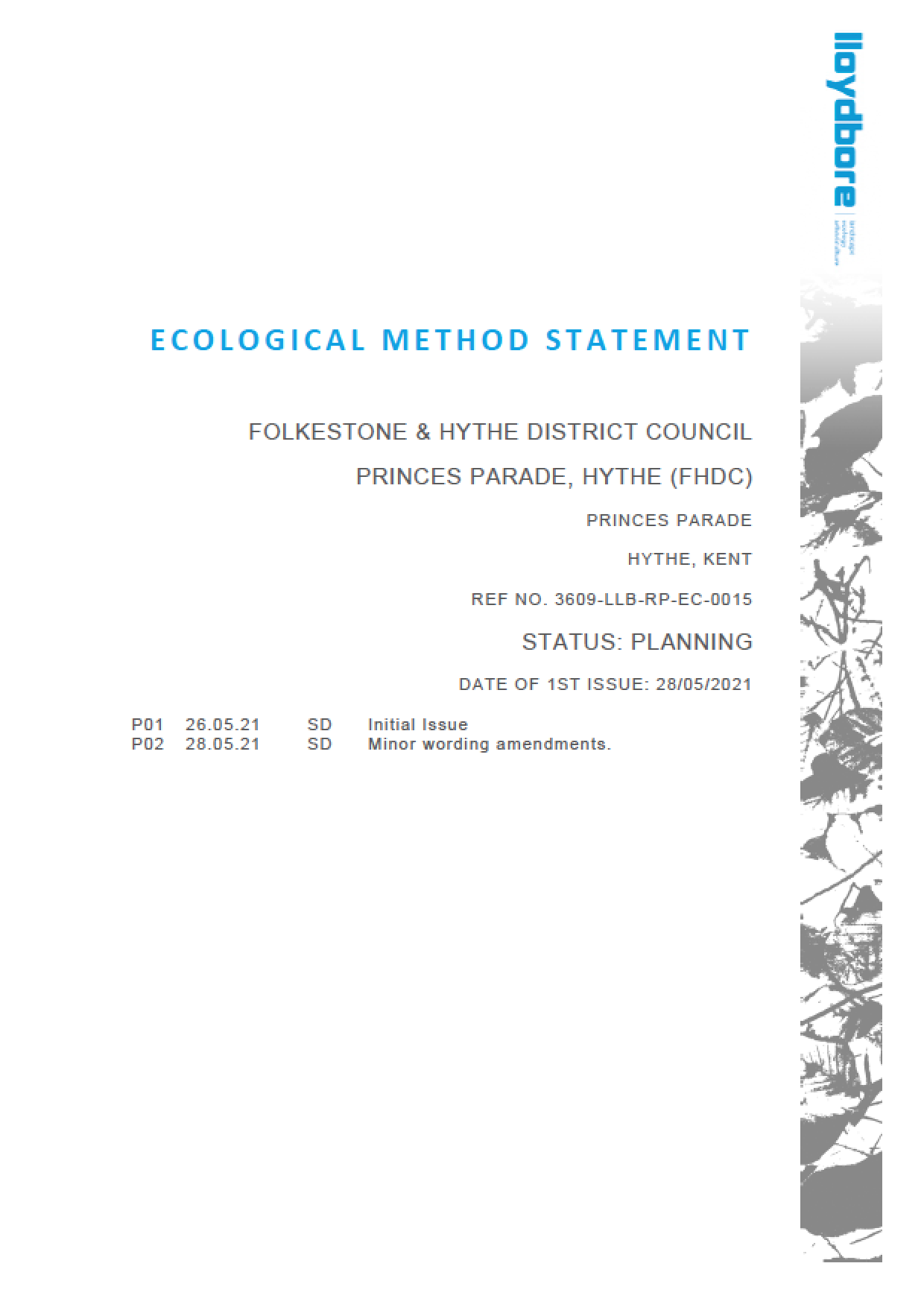 There is an extremely long ecology report in with the planning application.

Unfortunately it doesn’t include a migrating bird study  despite Kent Wildlife Trust telling them that they should consider doing one when they were drawing up the scoping for the Environmental Impact Assessment. The report  points out that some of the grassland has ecological importance but that has just been ignored when drawing up the plans. It is this report that points out that capping the site for the contamination will mean removing all the vegetation. It proposes some mitigation eg capturing all the toads and relocating them but we are not convinced that this will be effective.

You can read the report here: ecology

This report includes a section on bats:

Page 109 of 165 confirms that there are at least 8 species of bat present on Princes Parade. It says the site does not support any features suitable for bat roosting. Page 148 of 165 says that in the absence of compensation then the development will result in the direct loss of bat foraging but this will be mitigated for by suitable planting in the new western open space. There is also discussion in this section of the lighting will be arranged to prevent harm to the bats and claims there will be no lighting installed along or adjacent to the canal.

Some additional reports were published in July 2018:

The mitigation strategy isn’t easy to read. It is supposedly based on a works program that was due to start in June 2018 . What it does show is that there would be a lot of steps needed to deal with the wildlife before construction could start and that much of that work can only be done at certain times of the year. Worryingly, appendix 5 of this report shows that long stretches of the diverted road will be less than 20m from the canal. The Environment Agency previously stipulated an ecological buffer of 25m – later reduced to 20m. This report is still assuming that the surface water will be drained out to sea but in fact the new plan is for the water to be drained into the canal via ponds.

The report is clear that the maritime grassland will be destroyed.

Another worry is that the applicant is trying to leave much of the detail of how the wildlife is to be protected to the conditions/reserved matter stages. Which mean that planning permission could be granted without these details being agreed.

CPREKent and Kent Wildlife Trust have objected on ecological grounds – worth reading their comments:

Following the publication of the additional planning documents KWT commented that the applicant should review the scheme design in view of the close proximity to the canal which is a Local Wildlife Site. They stress the importance of the Maritime Grassland. They say that the applicant should not be asking the ecologist to defend the design but instead should adjust the scheme to better reflect the ecological constraints.

KCC’s ecology department have also commented on the additional documents. They continue to have concerns about the mitigation strategy, the lighting and whether there will be sufficient capacity on the north bank of the canal to house the displaced reptiles and amphibians.

In their original comment the Environment Agency requested a condition that their be a 25m buffer zone along the canal to protect the canal. When the applicant stated that they could not meet this condition the EA disappointingly backed down and have now said that a 20m buffer would be acceptable where the 25m cannot be achieved.

This Twitter account is a wonderful record of the different species seen on Princes Parade. Nigel has now moved away from the area so you will have to scroll down (to October 2017 and earlier) to see his Princes Parade Tweets.