Princes Parade with its unique environment has inspired generations of artists, photographers, writers and filmmakers for decades. With its green space, wildlife, the historic Royal Military Canal and a wide open seafront with views to France, Dungeness and the hills and woods beyond Hythe it is a rare and precious feature in the south east of England.

Here we have a look at some of the work produced by local people in response to this beautiful, but threatened, landscape.

Mark Brophy is originally from Hampshire but now lives in Seabrook on the Kent Coast. He is the author of “The Prince’s Parade” published in 2019 , a book inspired by the love of the area in which he lives and out of a desire to save it from urbanisation. He is an active campaigner and believes in the power of the written word to change the way people think about the earth as a complex, interconnected life support system.

A member of “Write by the Sea” a Folkestone based writing group, Mark contributed photographs and stories to “Ghosts by the Sea“, the group’s debut anthology. He is also a keen amateur photographer and can often be found walking with his Jack Russell, Rosie. 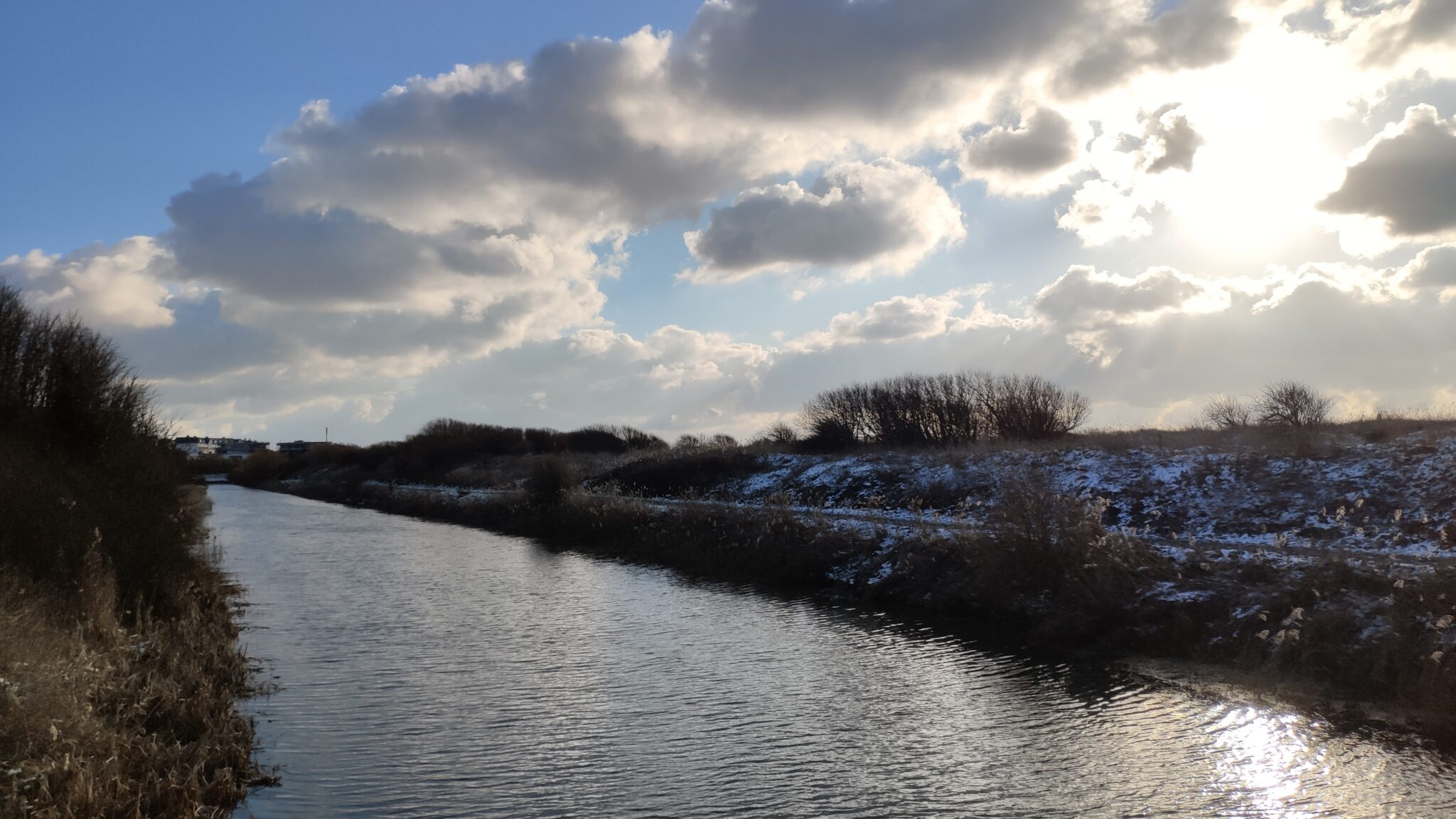 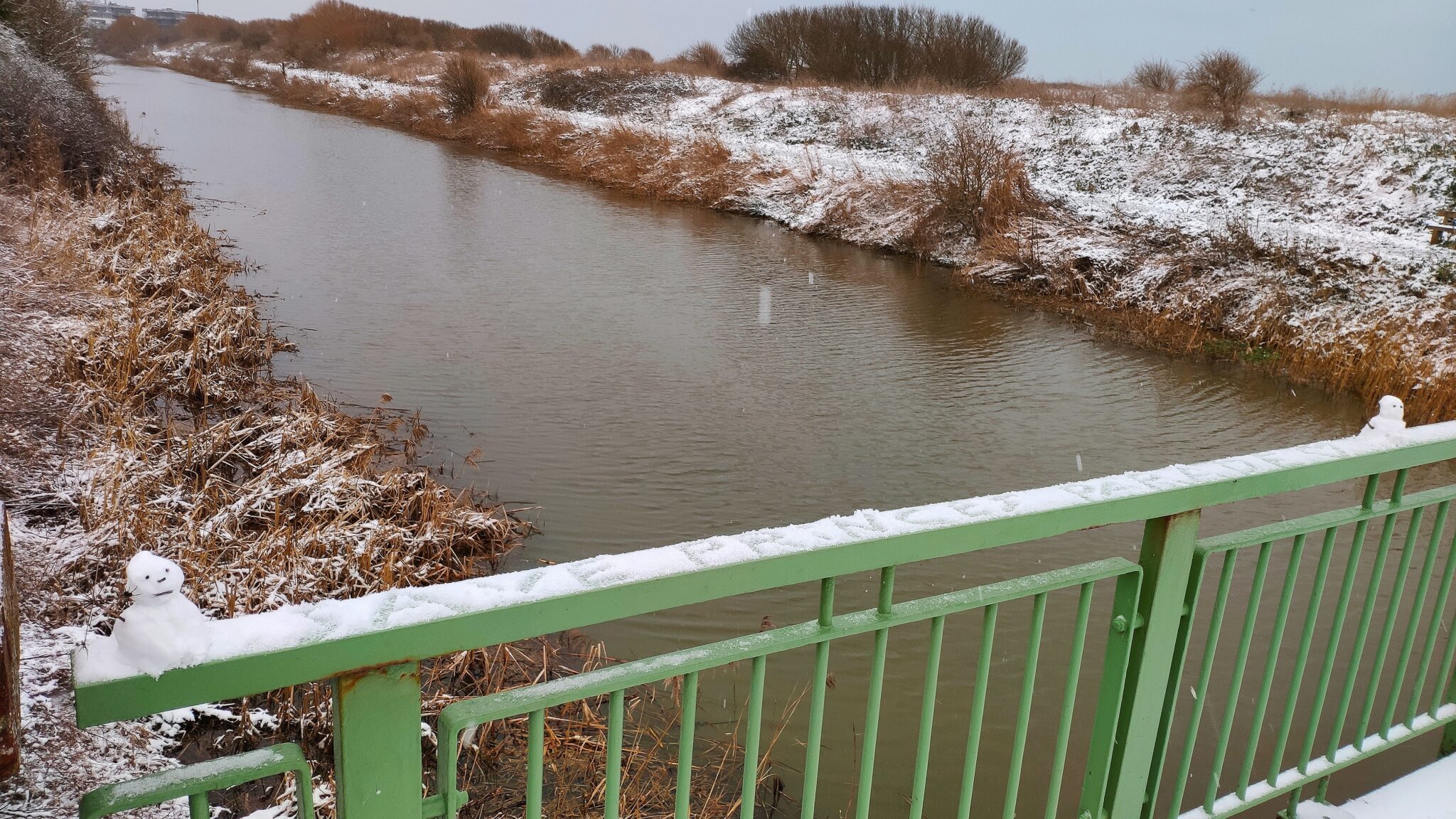 “I love to watch and photograph wildlife along the canal paths at Princes Parade. These peaceful waterside walks offer chances to see a wide range of birdlife, including scarcer and Schedule 1-listed species such as Kingfisher and Cetti’s Warbler, and on summer days a wonderful array of insect life. It is so unusual to find an unspoilt wild place like this so close to a town – this area is one of the most special things about Hythe and one of the main reasons I love this area so much.

“I’m a nature writer (my most recent book, The Gull Next Door, includes observations from Hythe).” 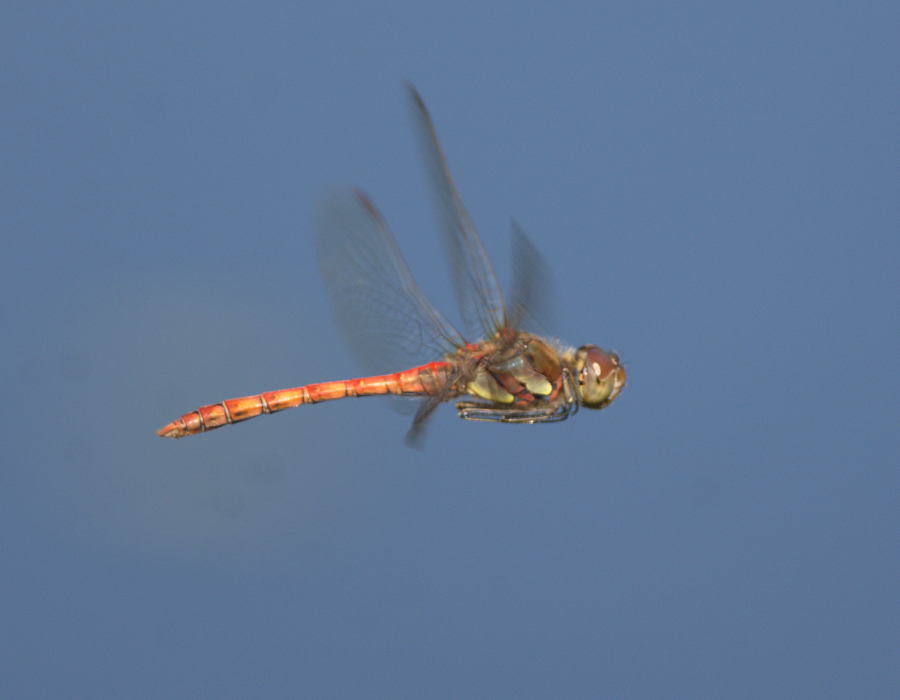 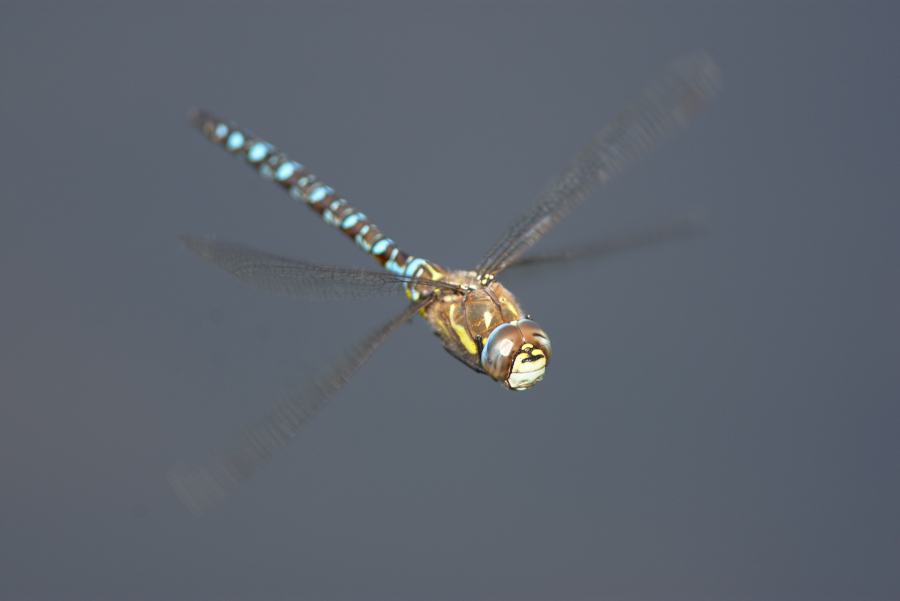 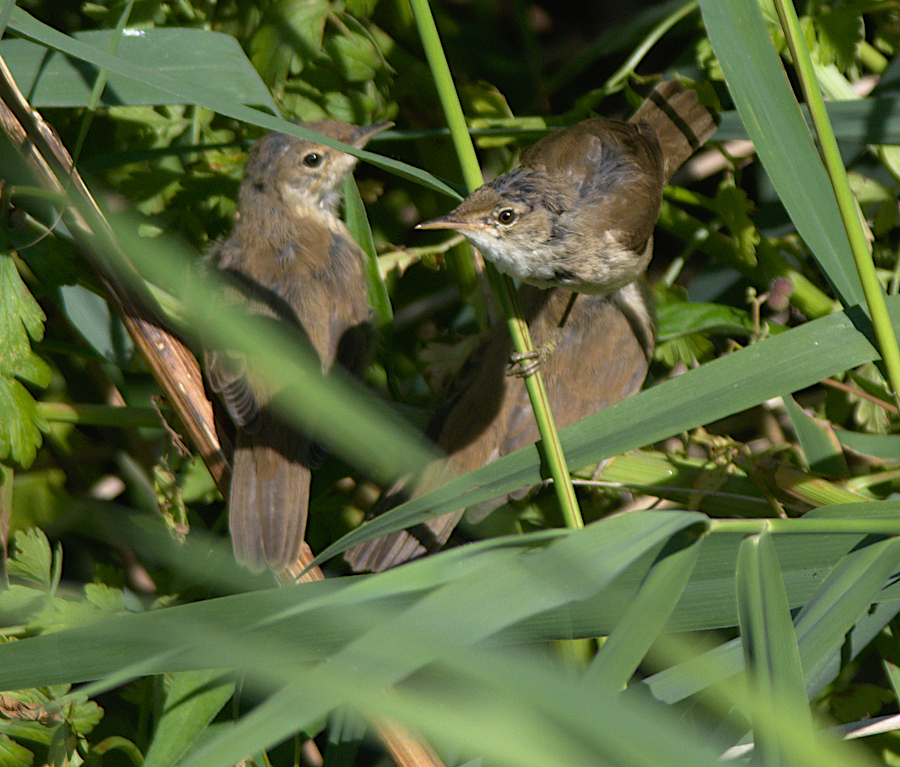 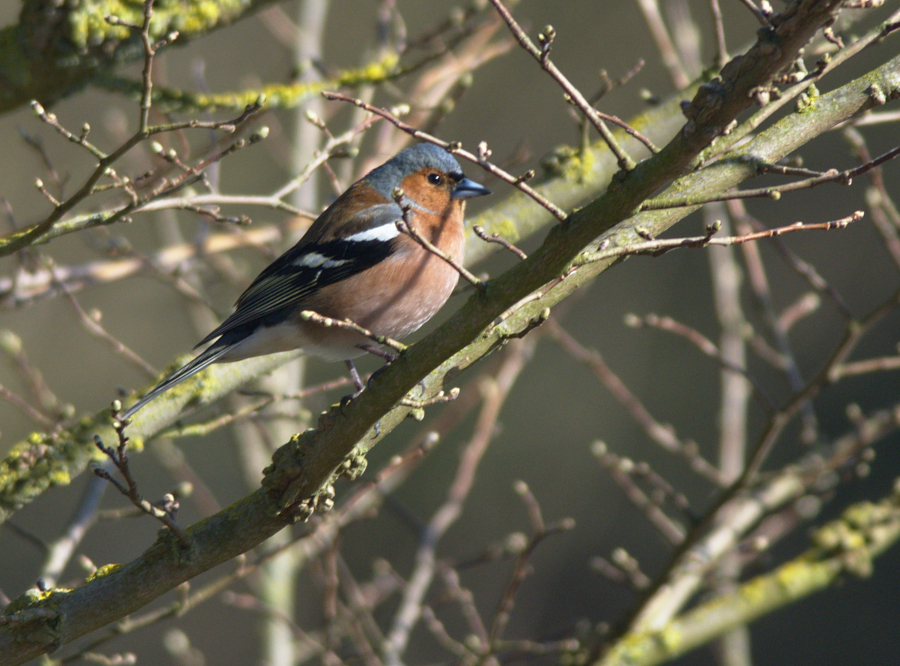 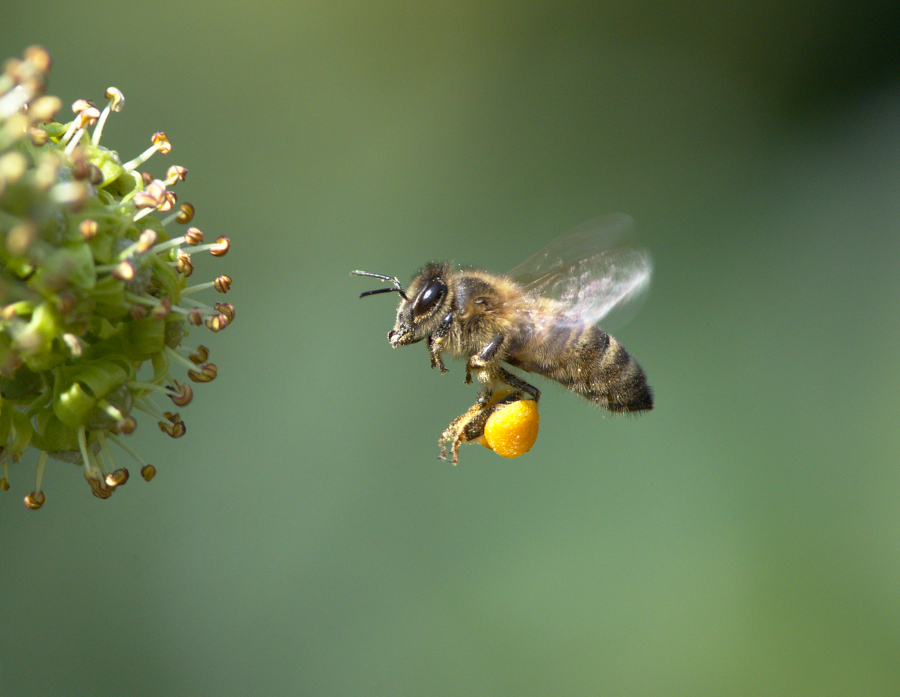 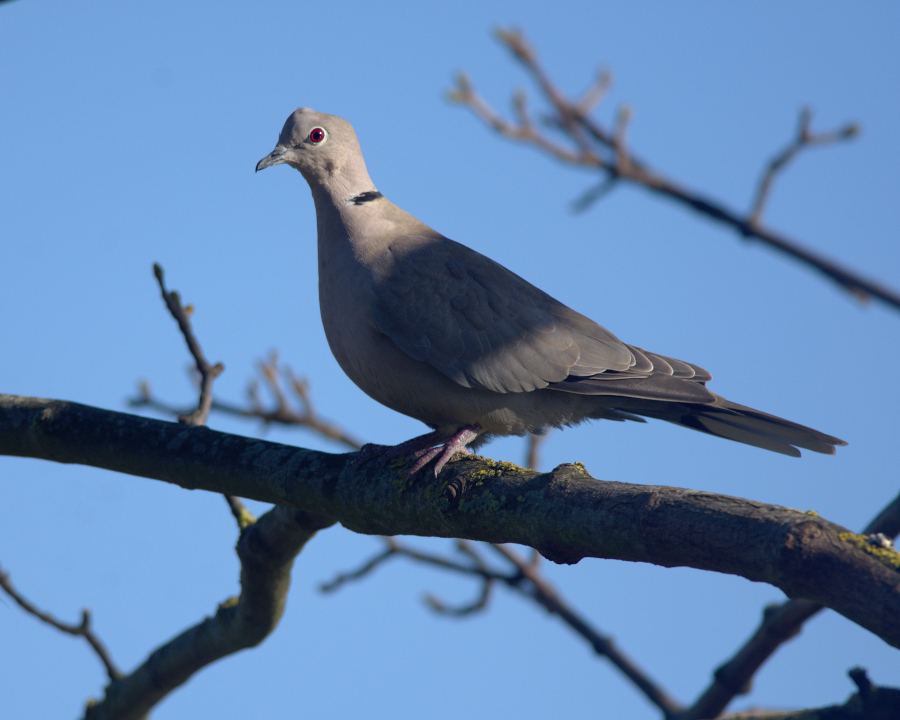 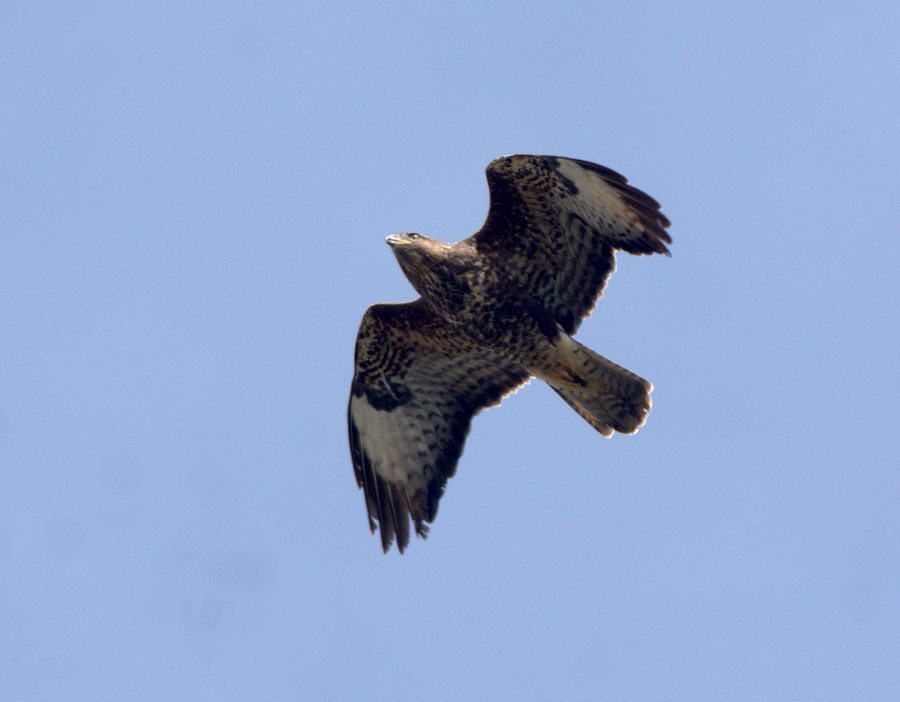 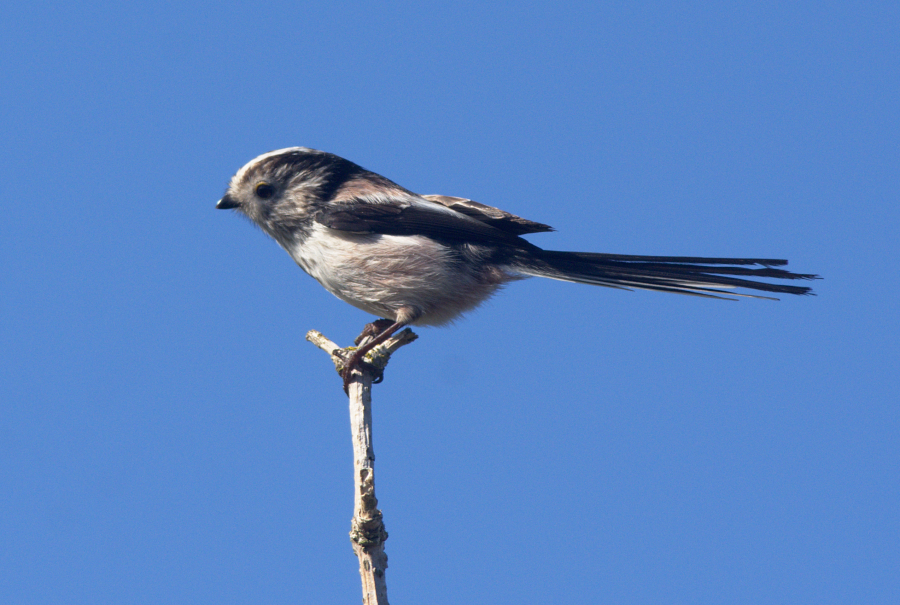 My photographs represent a visual diary of Princes Parade. As a keen photographer, I am always inspired by the surprises I encounter during my regular walks along the canal path and the sea front.

There are a number of viewpoints that I particularly love, where I often stop and just absorb the beauty and magic they offer. The seasons bring different mood, colours and light, each one has its own charm. The pair of swans feature regularly in my photos, to me they symbolise the timelessness of nature.

Princes Parade has always been a very special place to me. It is a peaceful stretch of open land which tumbles from one season to the next. 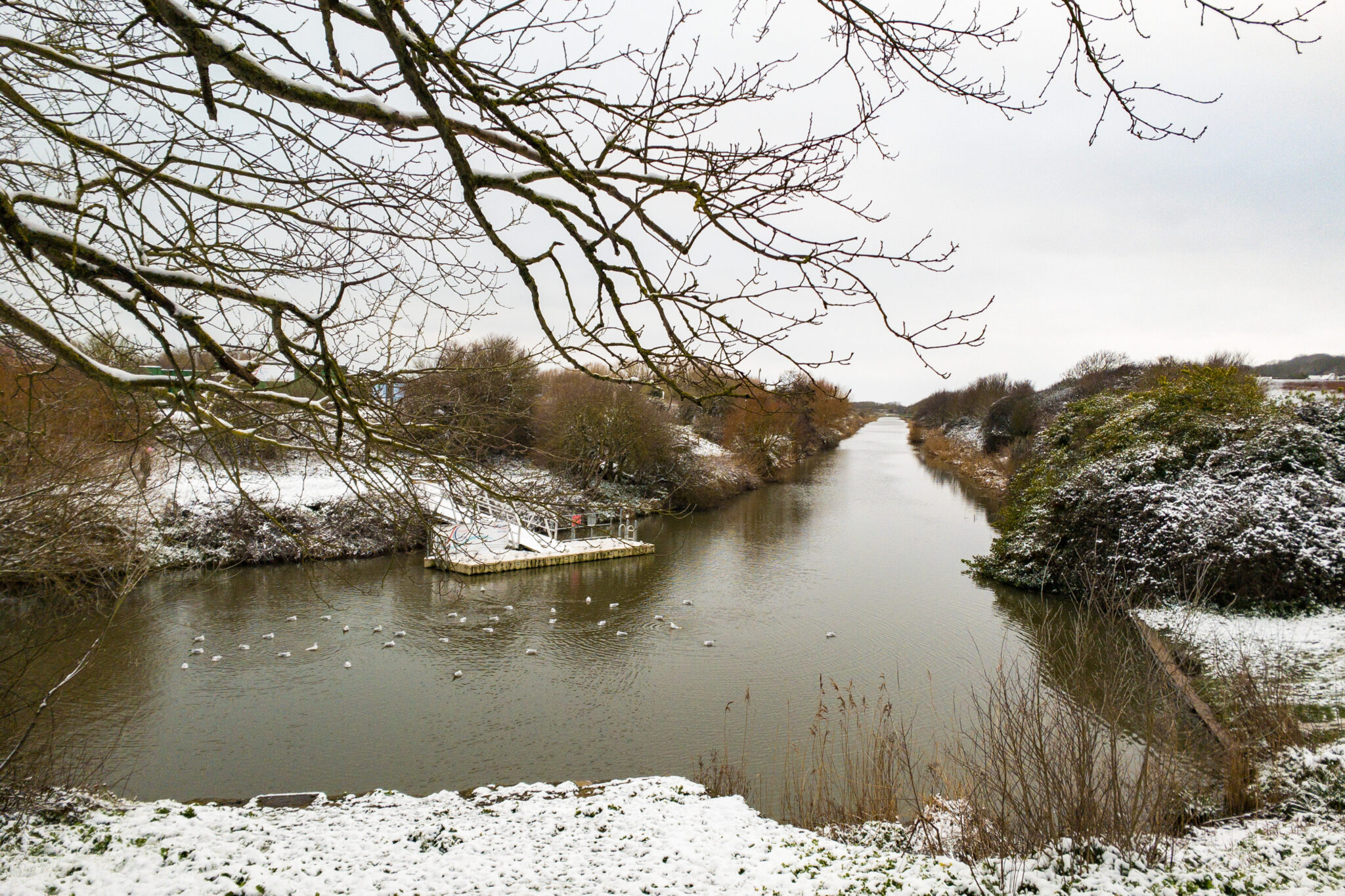 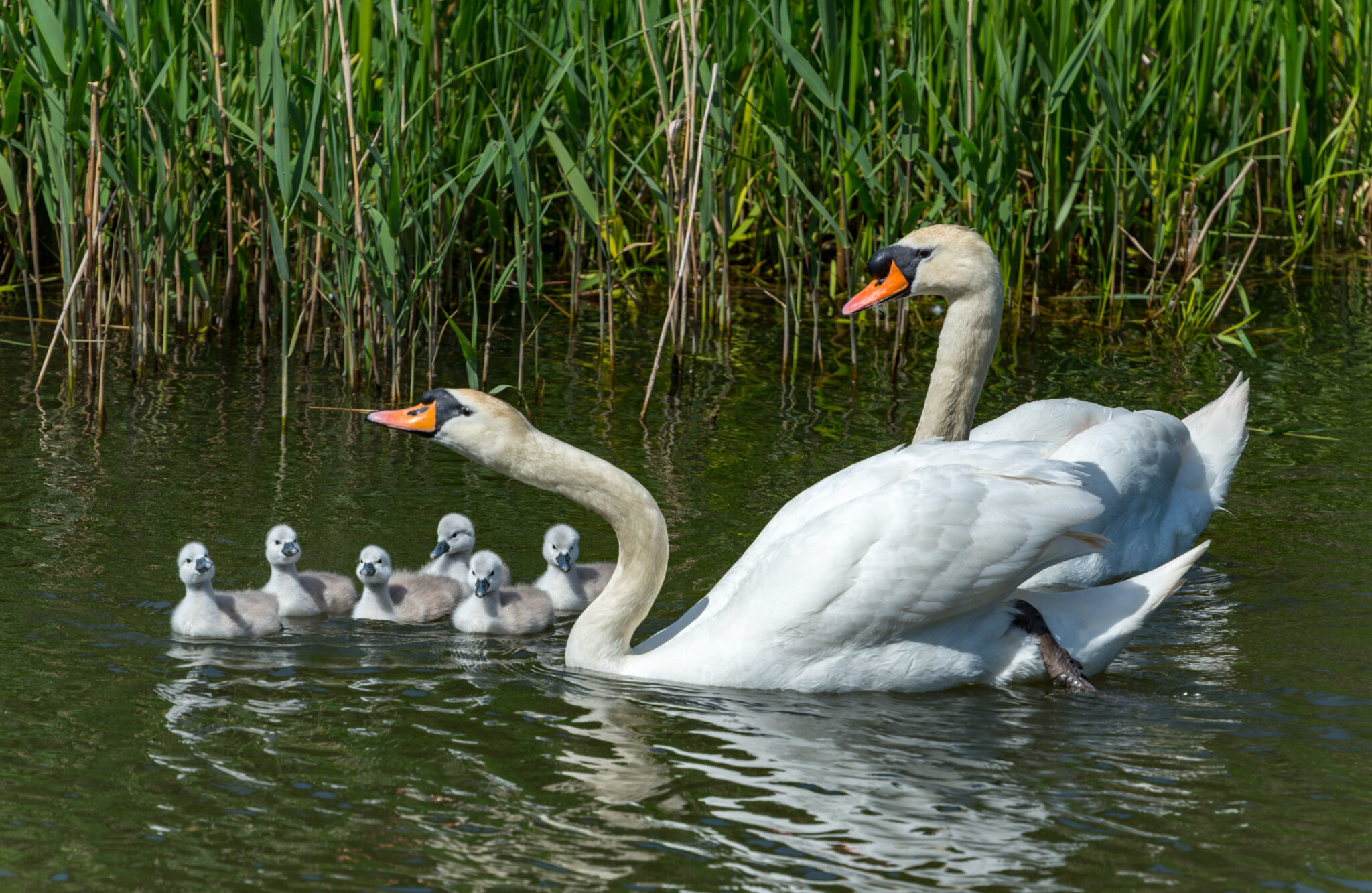 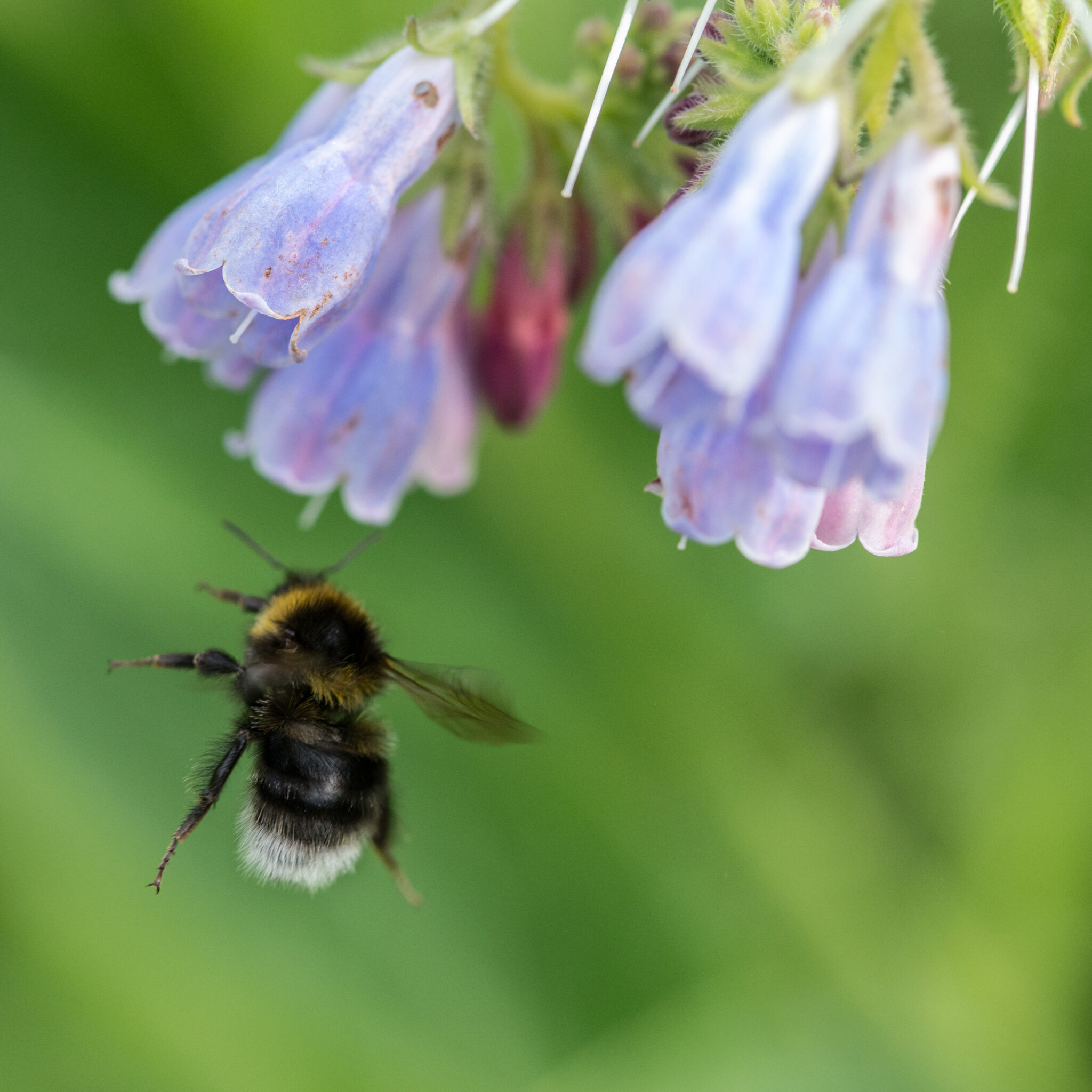 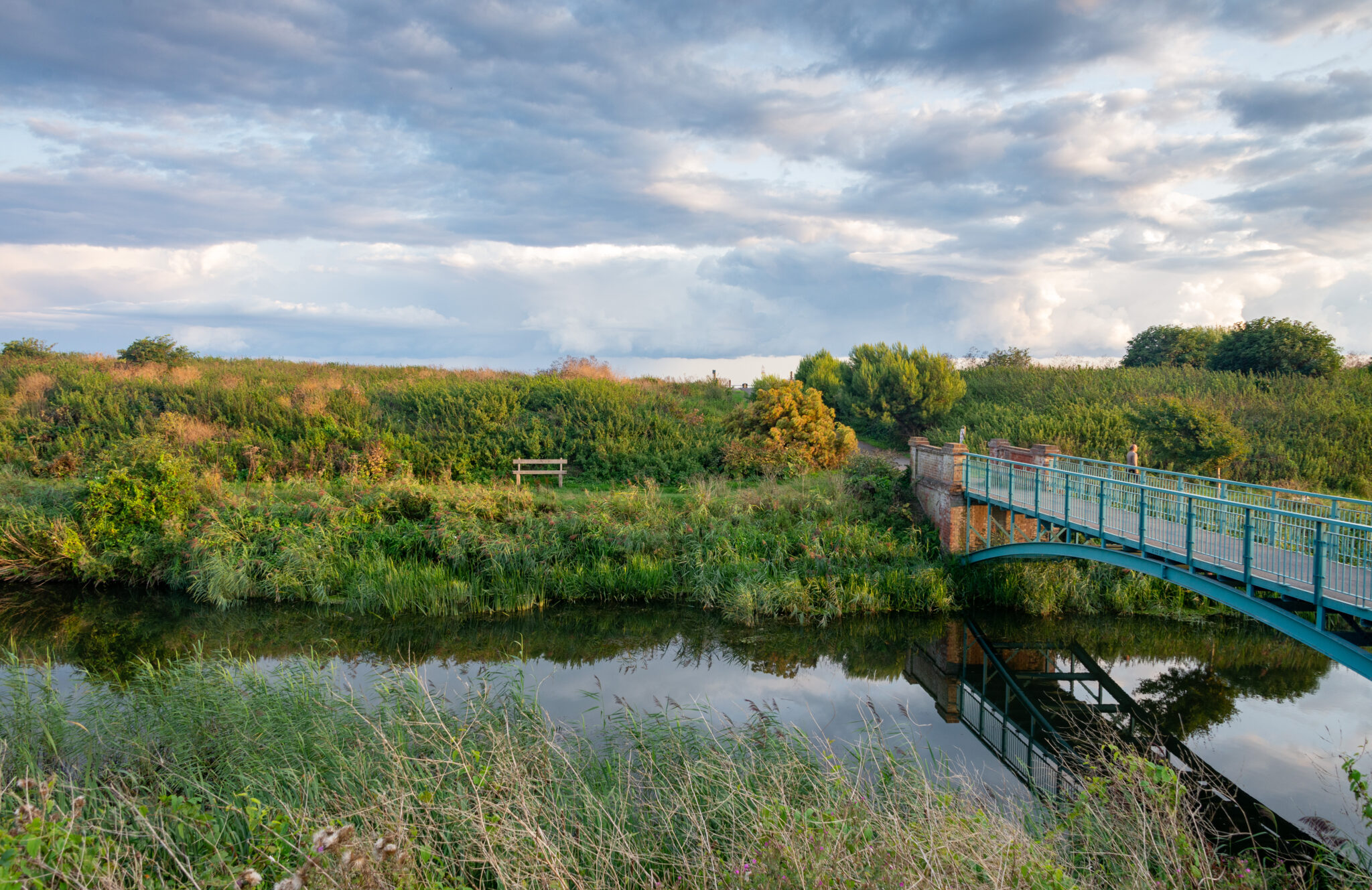 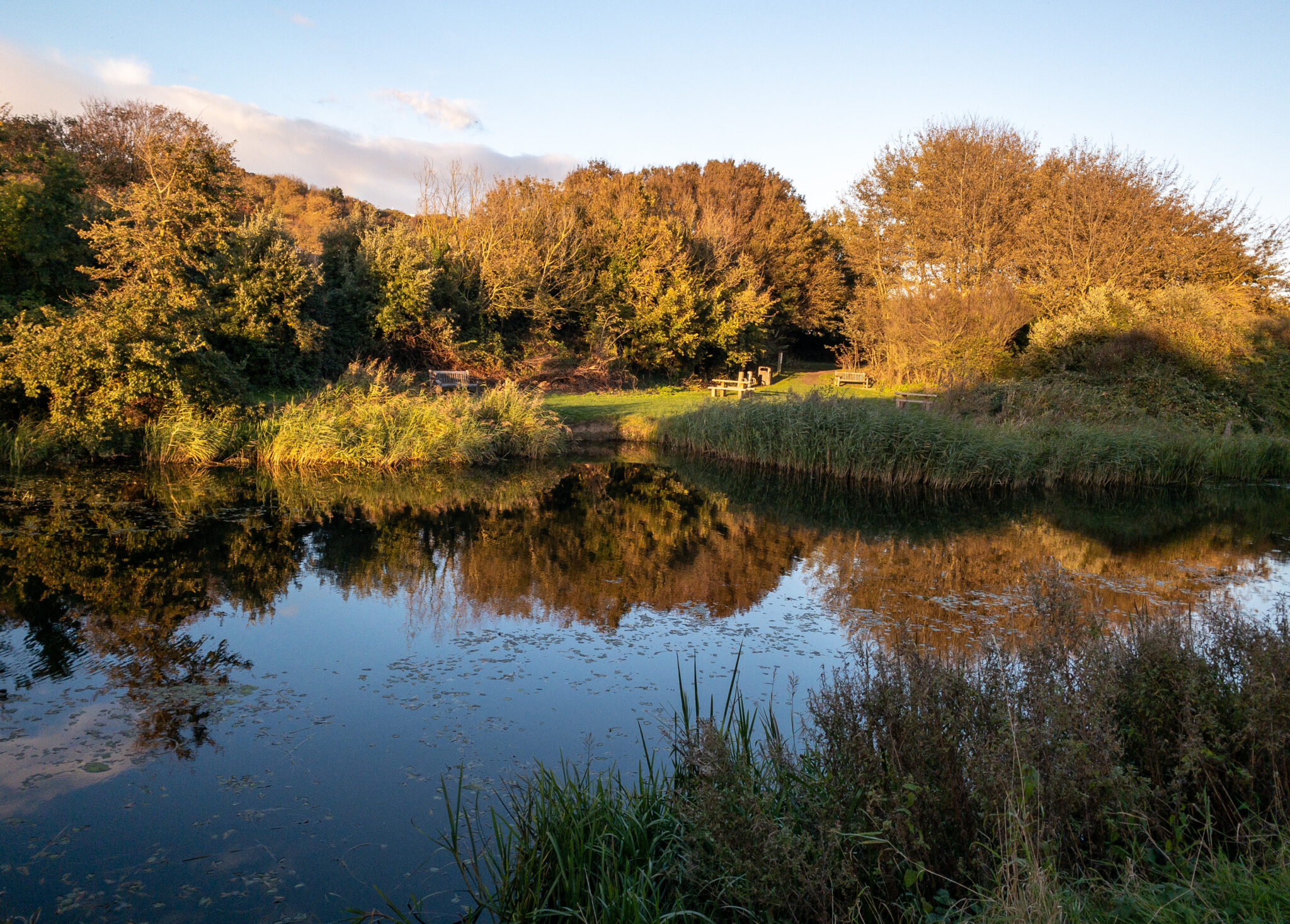 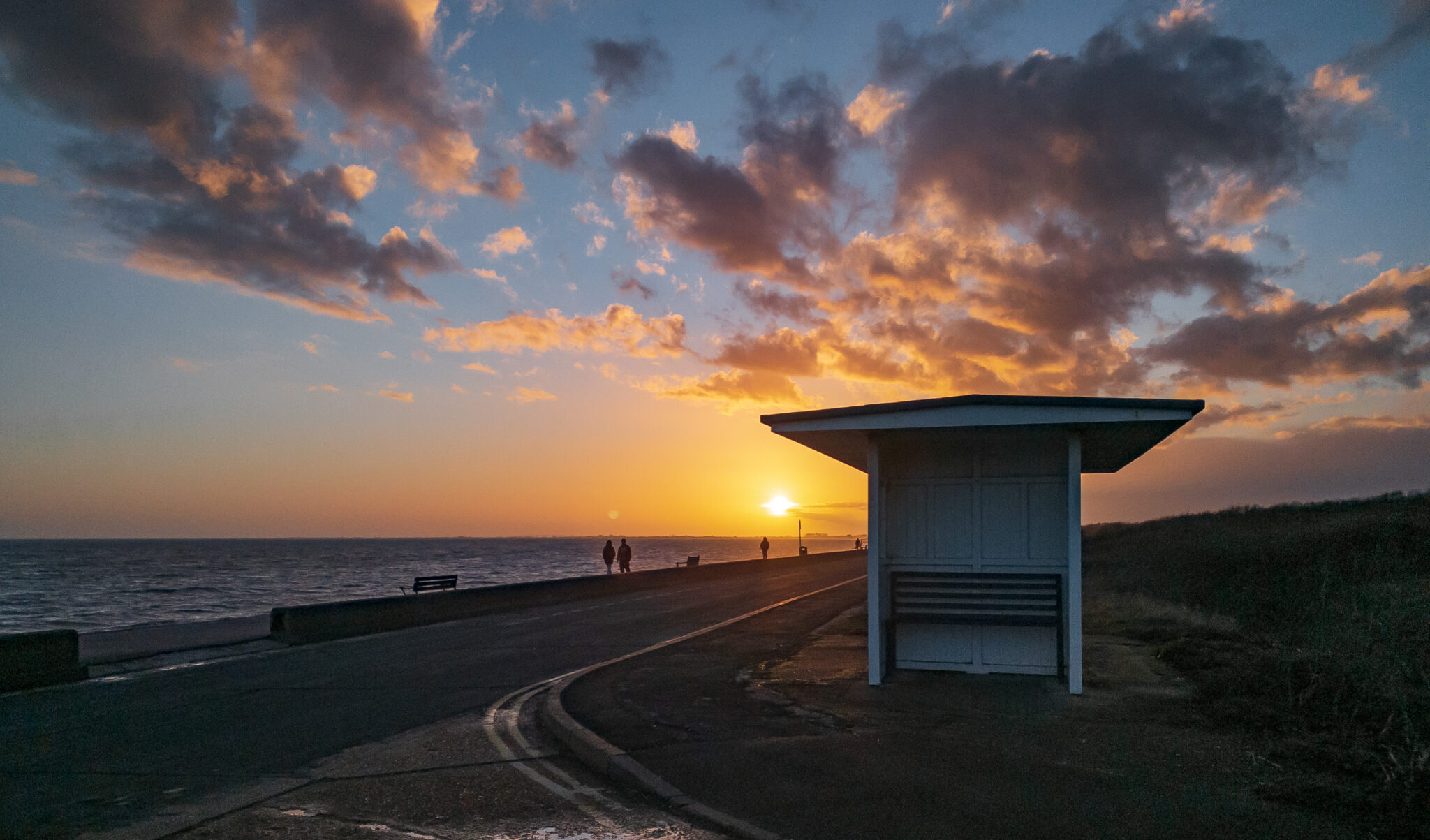 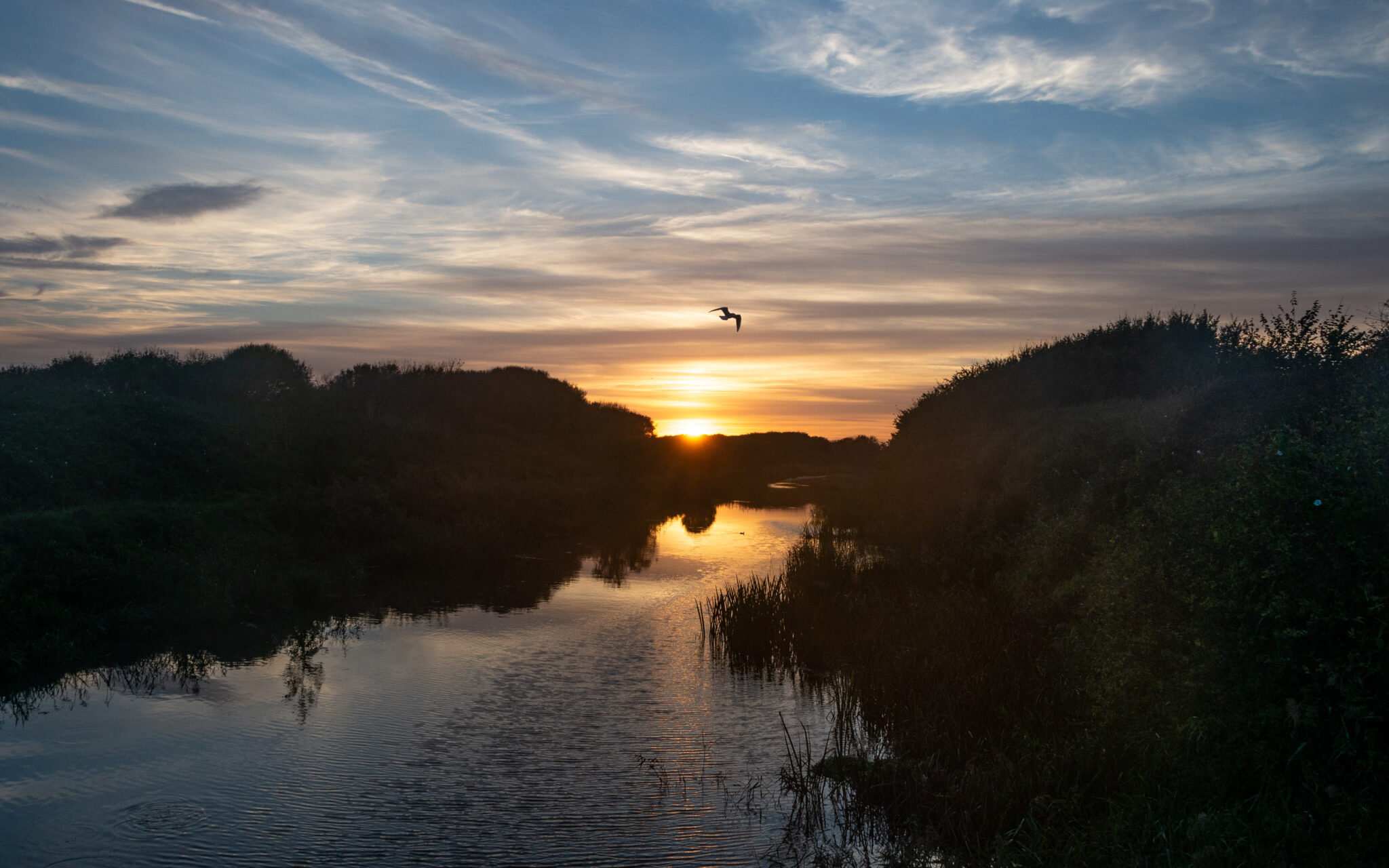 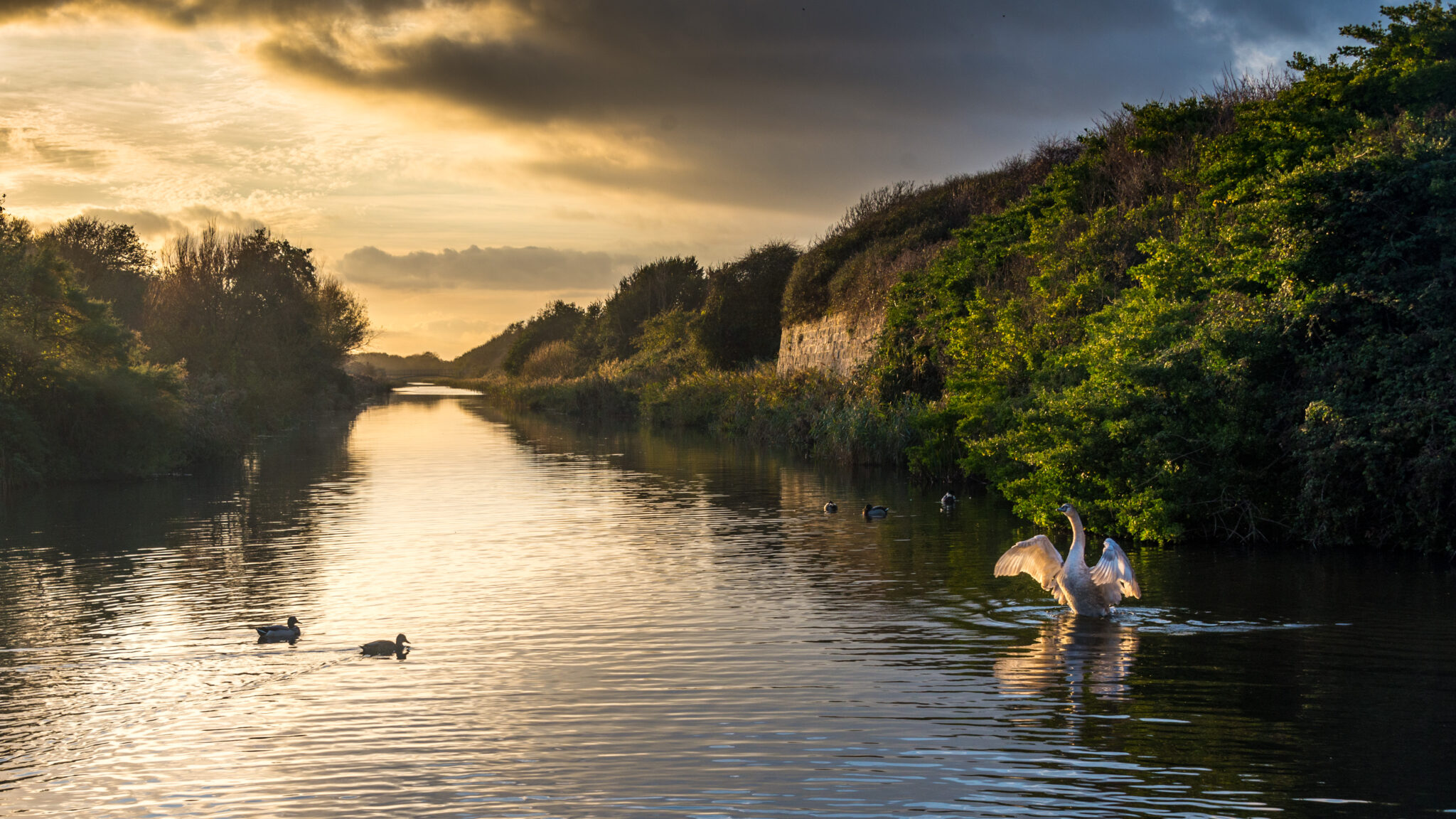 The great, green parade unfolds
under the February sun.
The sound of a plane intrudes
upon a thousand bird songs.

The machines never far away
from princely vegetation,
where people come to walk their dogs
and ease dog-tired minds.

It will soon be consumed.
Shapeless men in striped suits,
whipped, agree to desolate

this place, where crowds of reeds
sway in the breeze,
at the banks of the canal.

Listen
Can you hear the songbirds singing in the trees?
Can you see the kestrel hover in the breeze?
How about the badger snuffling through leaves?
And have you seen the flowers loved by the bees ?

I’m sure they were here once, but where have they gone?
No longer do they come here, there’s little for them now
When the diggers came, they knew their days were done.
And now there are just houses, with parking down below.

The people did their best, to protect nature and light
They signed the petitions and marched to win the fight
But the dark clouds were brewing o’er in Folkestone heights
The lure of money and new apartments snuffed out that hopeful light

This is the tale of Hana, a young girl who moves from where she was born in London, to the Kent coast. She and her family move to the Kent coast in the hope of a better life. They discover a wonderful area called Prince’s Parade which is full of amazing animals, has a beautiful canal and is right next to the sea too! She quickly falls in love with the area and when her family experience some difficult challenges they draw strength from their environment that surrounds them. When it becomes clear that the area is under threat from developers, Hana take’s up the fight in a rather unusual way. By reading this book it is my hope that you will experience the magic of Prince’s Parade. By buying this book you will be helping to protect it. All profits from it will be donated to the Save Prince’s Parade campaign which aims to halt plans to develop the area into a housing estate.

See it on “Amazon” 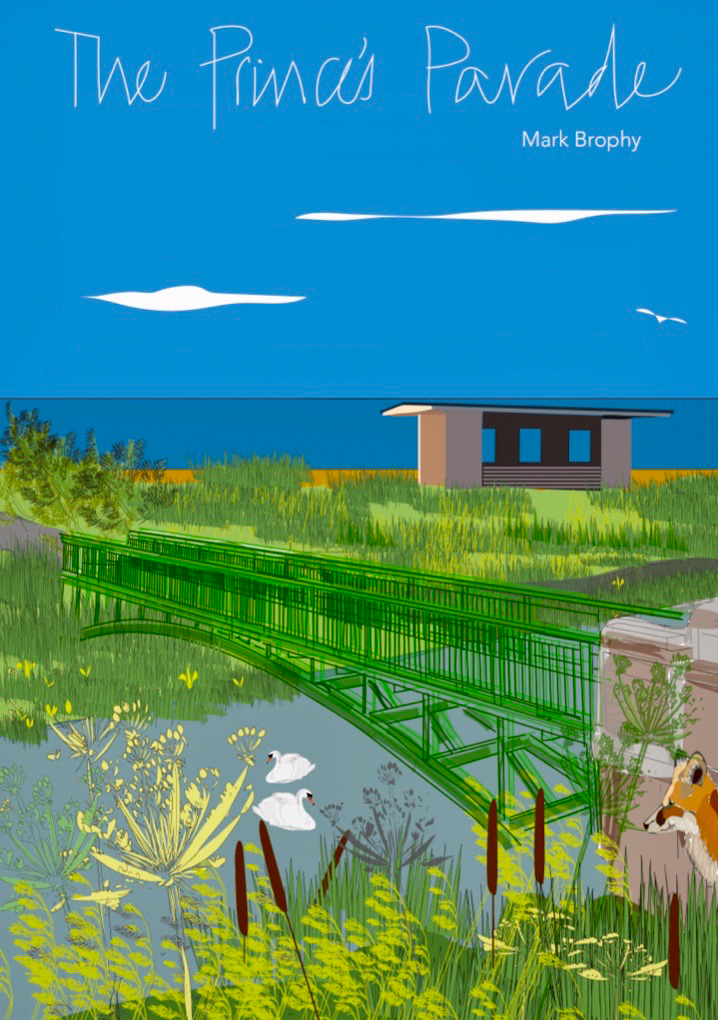 With the ever growing value of coastal land, and continual pressure from the government to build new houses the local council once again attempts to develop this stretch of land. In this documentary we examine the arguments for and against building on Prince’s Parade.

Directed and Edited by Jack Brophy

In October 2017 Martin Arnold Ltd were commissioned by the Save Princes Parade Group to investigate the financial viability of the proposed development. As well as losing the beautiful landscape shown here they calculated that the scheme was not viable. You can read their report here.

A View of Hythe

A wonderful reminder of what we are fighting to save.

The Save Princes Parade Story

This short film explains why it is so important to Save princes Parade from any development.

If you would like more information or to contribute to this gallery, please email us.