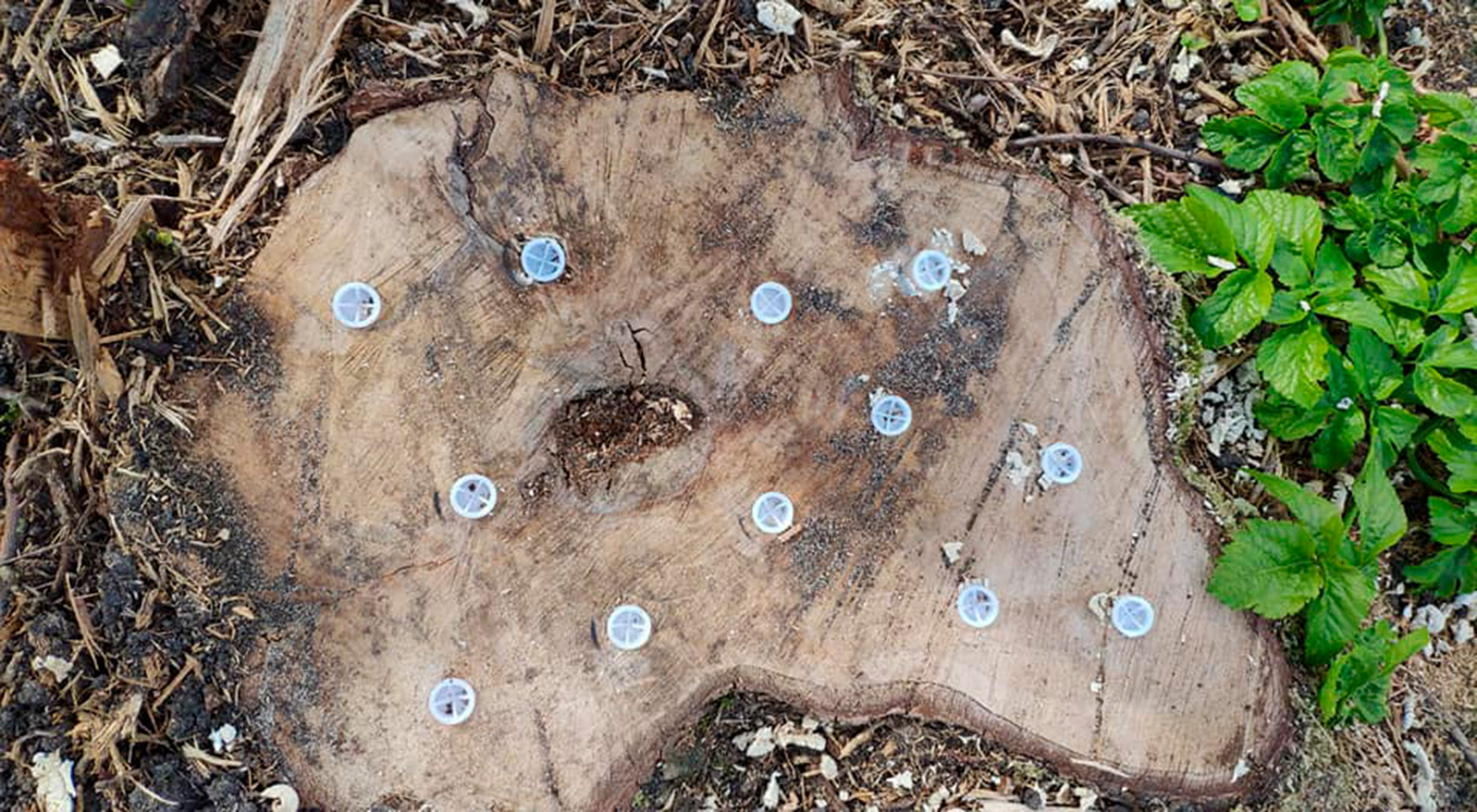 A number of tree stumps from the trees felled on the north bank of the Royal Military Canal have been found to have been treated with glyphosate plugs, presumably to prevent any regrowth and hasten decomposition.

The use of glyphosate,  a powerful herbicide, which is dangerous to human health and as well as to wildlife including bees and earthworms in an area which is designated for habitat creation is reckless.

Read more about the effects of glyphosate on our environment here.

The controversial clearance of vegetation from the north bank should have been undertaken in February, not March when the nesting season had already begun. A further reason the work should have done before March was the time necessary for enough new reptile habitat to be established.

This document (pdf) spells out the issues.