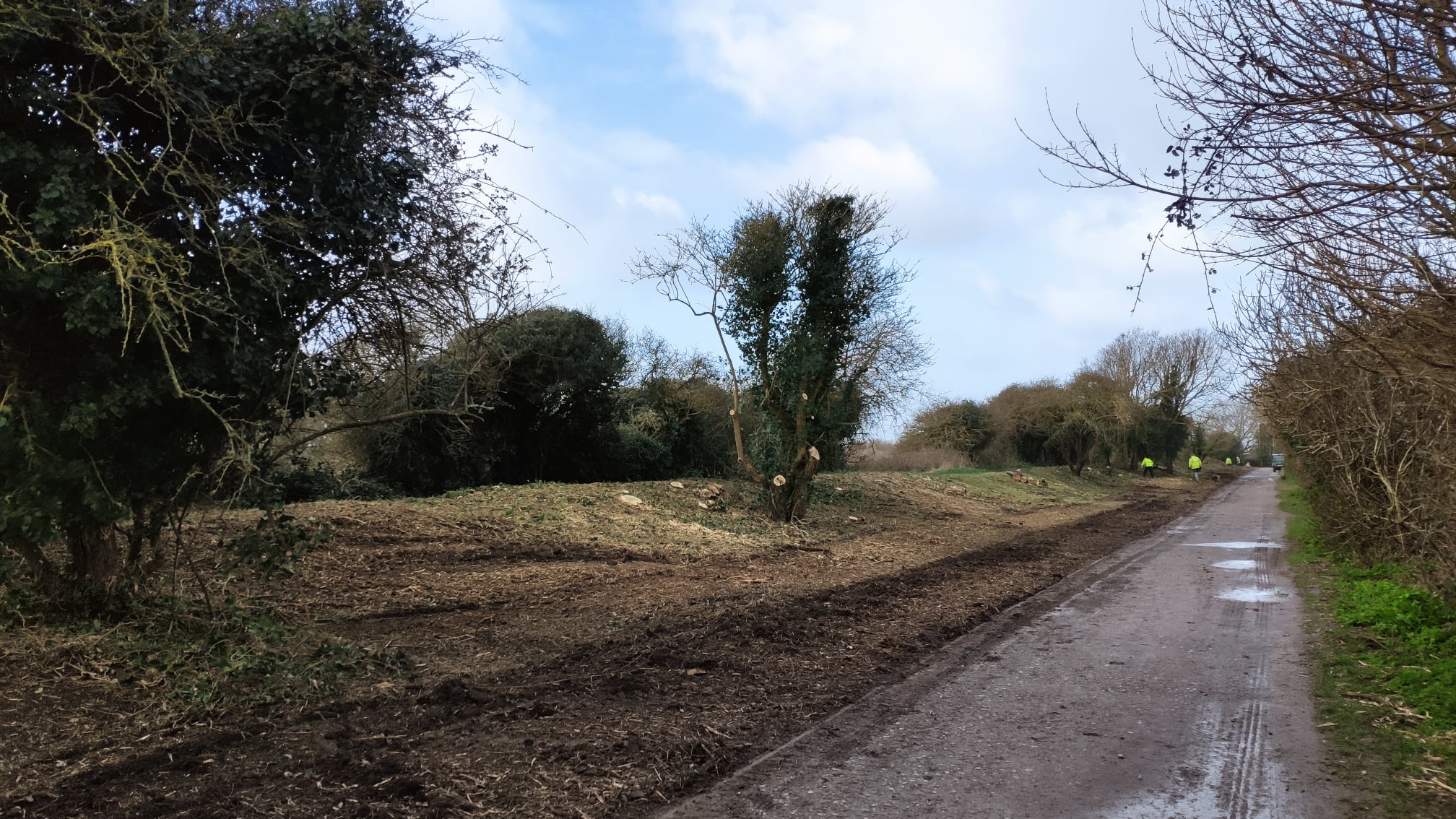 Our Response to Cllr Monk’s comments in the F&H Express March 10-16, Kent Online and The Folkestone Herald

Cllr Monk: “This protest is either a protest fueled by misinformation and rumour, or another delay tactic.” (Congratulations for fitting the word “protest” twice in one sentence).

Our reply: There is no misinformation in the fact that council contractors were instructed to cut down trees in the bird nesting season without first undertaking an effective nesting bird survey. The close season for nesting birds is March to August as identified in the official guidance for local planning authorities which is available here: https://www.gov.uk/…/wild-birds-surveys-and-mitigation-for-…

Regarding delay, it is our belief that there should have been a delay to protect nesting birds, purely and simply. We naturally do not want the area to be built on but this tree clearance was undertaken on the opposite bank and outside of the development site. It could have been done over the winter well in advance of the nesting season. It even states in the council’s own advice that the work should have been completed by the end February to avoid the close season and the possibility of a breach of the Countryside & Wildlife Act 1981

Cllr Monk: “It’s also incredibly irresponsible for these individuals to be congregating when the rest of the district is … following the Covid rules…”

Our reply: We wonder if Cllr Monk has ever visited this section of the canal? We are certain he has not been here since covid came to our shores. The area has seen a huge increase in visitors since last March as people have been increasingly furloughed/working from home. There are more people walking and cycling here than ever. The area the council closed to the public is large and could easily support the amount of concerned residents and visitors that were there that morning with no fear of breaking covid restrictions. It was not a protest, it was not some illegal rave, it was concerned people who normally use and live in the area who wanted to know why the trees were being cut down with birds nesting in them and why the path had been closed with no prior notice. There were no signs describing the work to be done or visible notices informing of the closure of the canal path for three days.

The police should have attended to investigate the possibility of crime under the Countryside and Wildlife Act. Instead, they attended firstly claiming we were breaking covid rules, which they quickly admitted was not actually the case, then they said we were protesting which was illegal currently. No one was issued a fine because no offences had been committed – although the crime that we reported under the Countryside and Wildlife Act, went uninvestigated, the officer accepting the word of the operations director at the site. The ecologist, under whose supervision the work should have been completed, was not present that morning and to our knowledge was not on site for the entire day.

Is it not irresponsible to cut down trees when all the advice states that you should not disturb birds between March and August?

Our reply: Such areas are habitat for animals including grass snakes (which were recorded in the area) and for birdlife. We dispute the idea that all the trees were dead (see photos) and wonder if so many were dead, why had they not been removed previously as they would have surely posed a risk to visitors to the area?

Our reply: Please view the attached pictures and see if you agree that so many trees could be cut without disturbing the birds. There was loud noise from chainsaws, industrial shredders and also a tractor on site. The birds that were present would have left immediately, abandoning the areas in which they were nest building, an activity which is often hidden without a properly conducted nesting bird survey. The area was thick with vegetation and trees before being cleared.

Unfortunately, Cllr Monk’s claims do not stand up to scrutiny and are an attempt to vilify local residents and belittle their opposition to environmental destruction.

Local green councillors have taken up the issue and are working with the police to ensure the matter is properly investigated.