There has been an outcry from local residents and canal users as trees are being cut down and bushes cleared on the north bank of the Royal Military Canal as part of the project to develop Princes Parade.

The work is being done to create a new habitat for the reptiles that F&HDC are planning to relocate from the development site. However, it has been identified that grass snakes inhabit this area and therefore the stumps should not be removed or the ground broken until later in the year as this would compromise their habitat. We are trying to establish if a nesting bird survey was completed by the responsible ecological officer. It is essential that the work is correctly and sensitively carried out and if this is not the case it should be halted.

The timetable for the preparatory work this year involves, first of all, making new habitats for wildlife, particularly reptiles, which would need to be moved from the development site. And according to that timetable the works cannot be undertaken later than the end of February to allow time for reptile habitat establishment and, crucially, because of the presence of nesting birds from March onwards. Full details can be seen in this document from Tibbalds Planning and Urban Design Ltd to F&HDC Development Management Manager Lisette Patching.

On Monday 8 March a section of the canal was  closed off and it is feared more trees are being cut down, stumps removed and vegetation stripped back.

This letter from the Development Management Manager reminds Tibbalds of their obligations under the Wildlife and Countryside Act but still the destruction goes on. 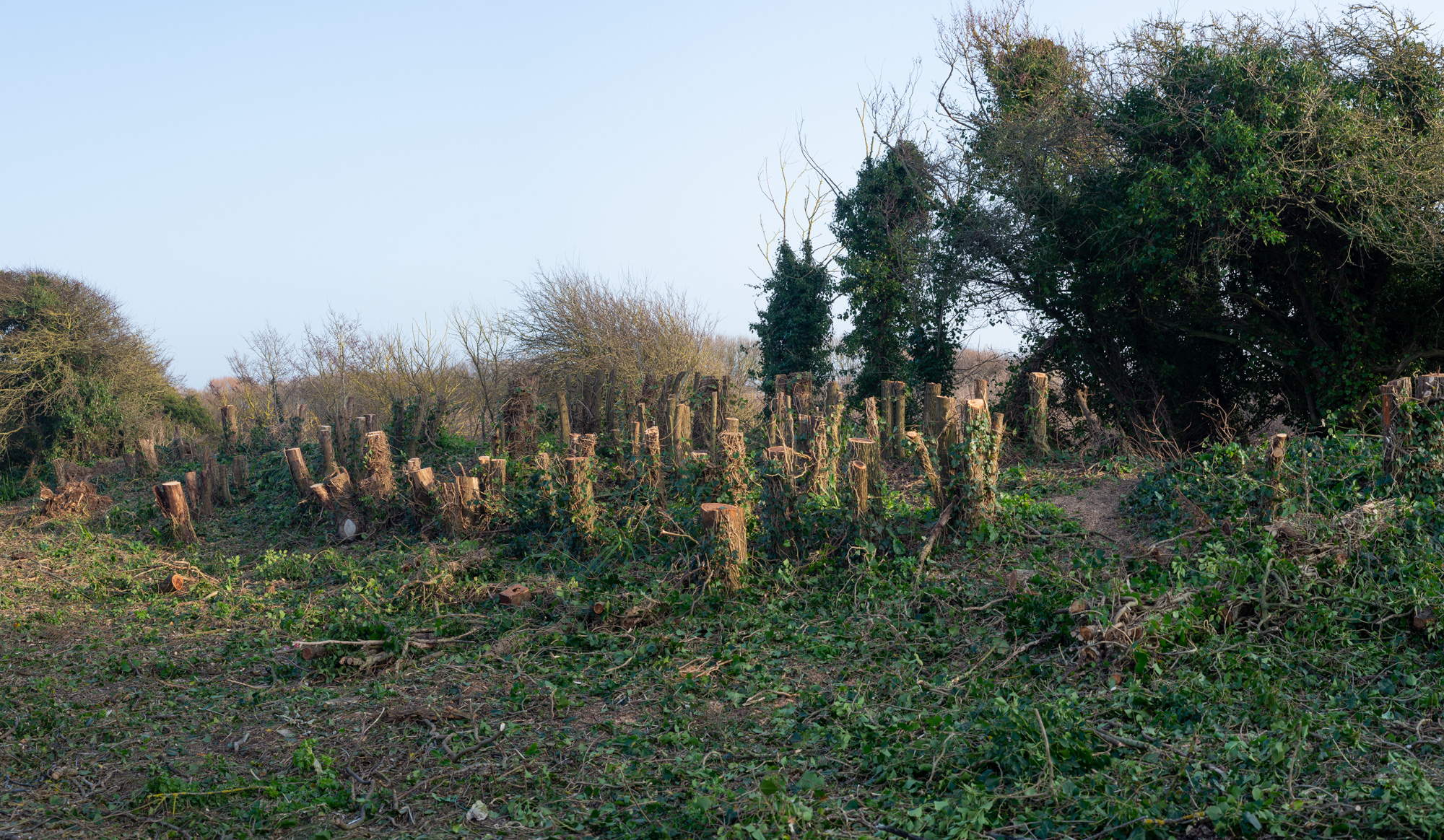