The land which is earmarked for development at Princes Parade has been largely left undisturbed for many years, and the eastern stretch of the Royal Military Canal from Twiss Road to Seabrook still has soft, reeded banks and unmade footpaths. This has enabled a diverse range of wildlife to establish itself and thrive. The birds in the trees and bushes and on the water delight walkers every day. Not so obvious is the wildlife that has prospered in the land that has been closed to the public for years.

A new campaign group, Wild About Princes Parade, has been set up to give a voice to the badgers, the lizards and snakes, the foxes, the bats and the birds that are already suffering from the preparatory work being carried out and will be removed – or worse – before construction starts next year. 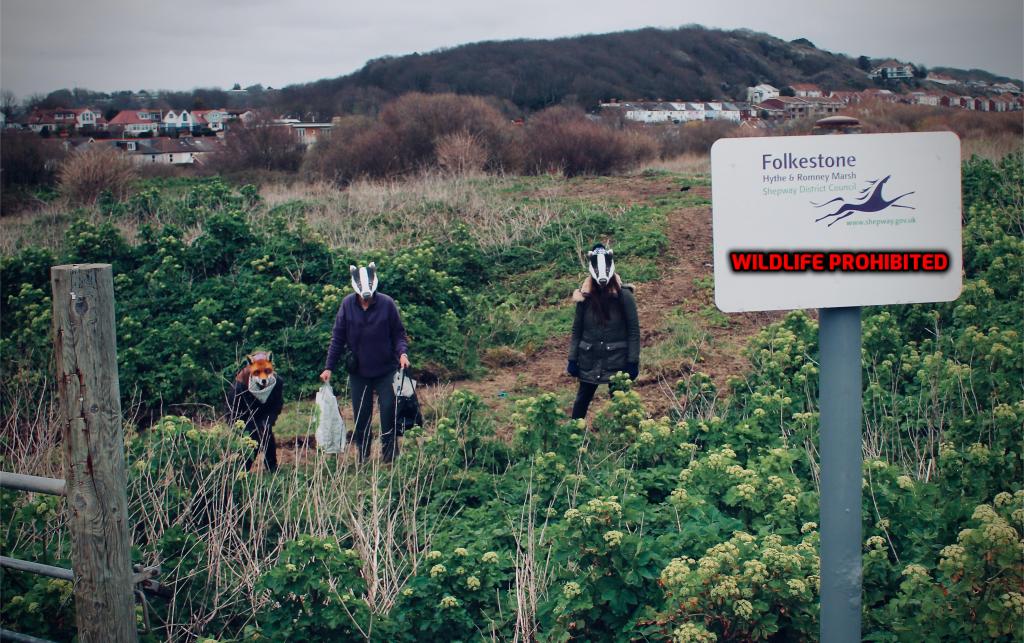